Origins  ... the importance of water and communications

Wantage stands on the spring line between the chalk downs to the south and the clay Thames flood plain to the north on a prehistoric east - west route called the Icknield Way.

A north - south Roman road intersected the Icknield Way at Wantage linking the Fosse Way to the north with the Ermin Way in the south. Iron Age settlers came to Wantage to use the plentiful water supplies and the Romans built on the high ground.  It became a Saxon Royal Burgh in the 8thC. remaining royal until the 12thC.

Water at the spring line was once used to grind corn at the Old Mill.  In a larger building adjacent to this one, corn still continues to be ground, though not these days with water power.

Fitzwarin brass rubbing at the Church of St. Peter & Paul
(Image courtesy of Bill Fuller - A Visitors Guide to Wantage)

The mills of Wantage were listed in Doomsday Book and the town grew to comprise 3 manors :- Wantage Manor (Fitzwarin family), Wantage Bryan, and Priorshold which belonged to the Norman Abbey of Bec Hellouin.

The Fitzwarin family owned Wantage for 10 or 11 generations and in the 15thC. it was Alice Fitzwarin who married Richard (Dick) Whittington, Lord Mayor of London.  The ancient fairs of Wantage defended by Fulk Fitzwarin in 1276 from the Abbott of Abingdon are still held today, despite an abolition attempt by Charles II in 1665. 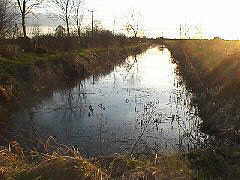 The commencement of the Wiltshire & Berkshire Canal in 1796 brought an influx of 'outsiders' to the previously rural town.

Cut off by the downs to the south and beyond the jurisdiction of the Bow Street Runners from the east, Wantage became a lawless place. From 1790 to 1830 it was known as Black Wantage; a retreat for murderers, and thieves. 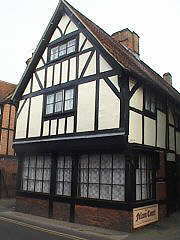 On one occasion in the Red Lion, George King cut off Anne Pullen's (a serving wench) head with one swipe of a bean hook.  A special Act of Parliament was passed to bring proper roads, lighting, and lawful administration to the town. 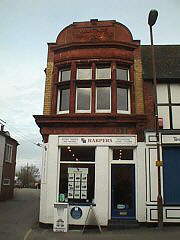 Other improvements followed when the famous Wantage Tramway was founded in 1873 providing a link to the Great Western line north of Grove. Sadly, the trams have long since gone. 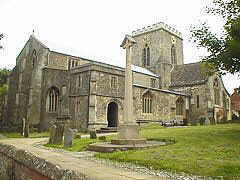 The Church of St. Peter & Paul stands on the high ground above the Letcombe Brook on a site occupied by a place of worship for over 1000 years.  Parts of the present church date from the 13th century and bells were present from mid 17thC.

More recently Sir John Betjeman lived in The Mead alongside the Letcombe Brook where he was inspired to write 'Summoned by Bells'.  He is now to be commemorated in the new Betjeman Millennium Park. 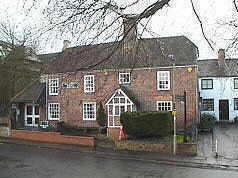 The Vale & Downland Museum, location of an excellent collection of local artifacts, including items of Morris dancing.