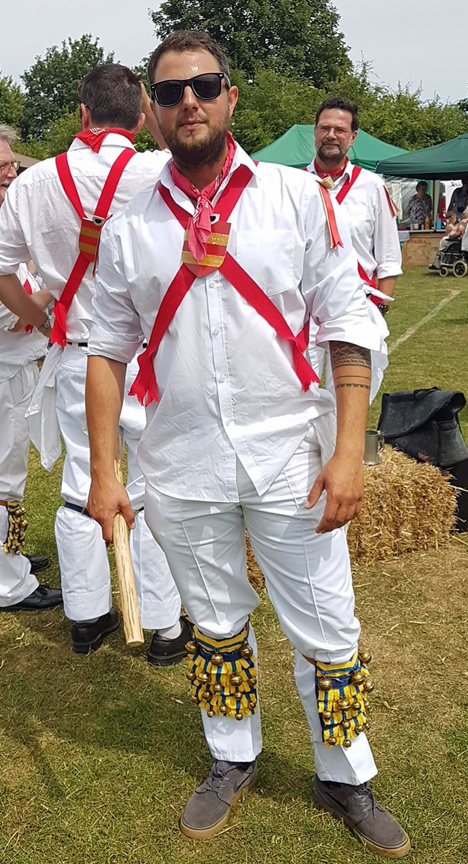 Jon followed his Dad (Pete Ambidge) into the Morris in 1994. Although heleft to go to New Zealand for a year and from there to Manchester, in reality he never really left us and the Morris never left him as he has now come to realize. In those absent years, there were a few dance outs with The Side from time to time along with New Years Eve celebrations and ales and soon he found himself religiously attending Wednesday practice nights and then dancing out regularly. He has always had a strong affiliatiuon with The Side and now he finds himself in 2018 as Bagman. Fate has decided afterall that there was to be no way out!!

Jon adds to the diversity of The Side. A general Labourer by trade. An Obsession and passion in Ultra Marathon running, CrossFit, Traditional Goju Ryu Karate and a lifelong Coventry City Football Fan.