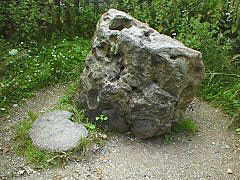 The Blowing Stone at Kingston Lisle, said to be blown by King Alfred to summon his forces for the Battle of Ashdown

King Alfred the Great, best remembered for 'burning the cakes', was born in Wantage in 849 AD when King Ethelwulf's Court stayed at the royal palace in the town.

Not far from Wantage lies Ashbury, a typical hill settlement, located at a spring line on the northern slopes of the Berkshire Downs.

The area within the Parish of Ashbury has been continuously lived in for more than 5000 years. The Saxons in the 9th Century called it Aescaesbyries, the 'Camp of the Ash Trees'.It lies close to the famous 'White Horse' and Ashdown House, said to be the setting for the decisive 'Battle of Ashdown' (800 AD) in which King Alfred  expelled the Danes from this area. 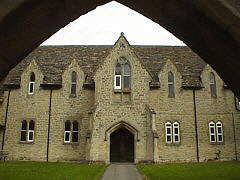 King Alfred's School was founded in 1849, the millenary of King Alfred's birth. An ancient building was being used as a school in 1534, but the first 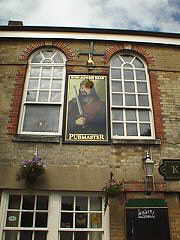 Grammar School was founded in 1598 and the building stood in the churchyard.

It was demolished in 1850 only the Norman doorway being incorporated into the present building.