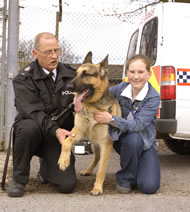 Whilst attending a `beer-fest' at Hanney village, Bob was impressed by The Side's performance (in dancing).  Accepting the challenge thrown down to the public to`have a go', Bob knew that this was for him.  `I want to dance your position', he said to the Fool. Not until you have 10 years experience was the reply. `Big' Mick introduced Bob to The Side in September 1994 to begin his apprenticeship.

Three consecutive terms of office in the role of Bagman shows his dedication to the task.  Bob has an amazing line in jokes, that fair brings tears to the eyes.  There's no shortage of humour with BoB. In 2005, Bob achieved his ambition.