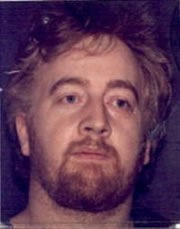 Pete met Jolly Joe Marns when his computer support work was based at UKAEA (then, AERE Harwell) between 1982 to 1985 and he joined the side in 1984/85. He felt very under qualified as it seemed at that time that every other dancer had at least a PhD.

Peter played the violin from the age of 7 but never practised, though he did play for the West Glamorgan County Youth orchestra. He learnt his morris tunes from Joe who lent him original EFDS morris booklets and his dances from Charles Whitlock who was very exact and exacting. He sang a lot of dubious folk songs in the pub afterwards. The field based job at AEA continued for the best part of five years. Sometime towards the end of this period Peter stopped dancing with IWMM.

Peter left Oxfordshire in July 1989 to work in the City. He later danced with another Ring side (Spring Grove Morris) whilst working at Kingston University in Surrey. He sang in local folk clubs during this time. He met up with The Side at the Exeter Ring meeting in 1998. There he wore Tudor clothing to honour Will Kemps 'Nine Daies Wonder' of 1600. He has been a Tudor reenactor at Kentwell Hall in Suffolk for 15 years.

Following the period as a university employee, he then moved to Suffolk, got married for the second time and celebrated with a medieval banquet. He became a local government officer with Ipswich Borough Council until his early retirement in January 2005. He is, at present, a student learning Welsh, with the Open Universtity.

Peter is hoping to join a local (West Suffolk) morris side soon.